Back before "Gravel Grinders" became a household name we still rode gravel, explored the country sides and had a heck of lot of fun.  Gerard's first ride was called the Baldwin City Historic Road Road.  Now we just call it the Mullet ride.

What: Mullet Ride
When: Saturday, January 17, 2015
Where: Baldwin City, Kansas
Why: The Mullet is the reason why gravel grinding is so popular.

The one and only Mullet Ride (aka the Baldwin City Historic Gravel Road Bike Ride) is next weekend. Gerard's Mullet ride is great for both the experienced gravel grinder and any newbies out there.  Several miles have been added to this years course - 28 and 56 mile (2 laps)  routes are available.  How old is the Mullet ride?  Just check out the below map.  That is old school. 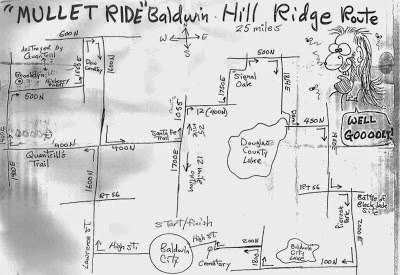 Check out past Mullets (Mullet's N Mud, Mullets in pictures, Mullets on film)

Join us on Face Book - The Mullet Ride

Map for this years Mullet Ride.  Distance is a little over 28 miles.  Two laps for those who are up the Full Mullet Challenge.  It appears the Garmin site is not allowing us to produce a map.  The below map link is to Map My Ride.   If Garmin starts working again then Tim will also post that route. 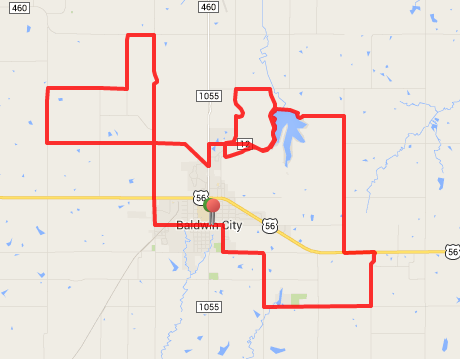 Posted by dirtdobber at 6:21 AM