Welcome to the 3rd Annual Spoke Pony Gravel Express.  One of our most popular rides brought to us again by Tim Greene. 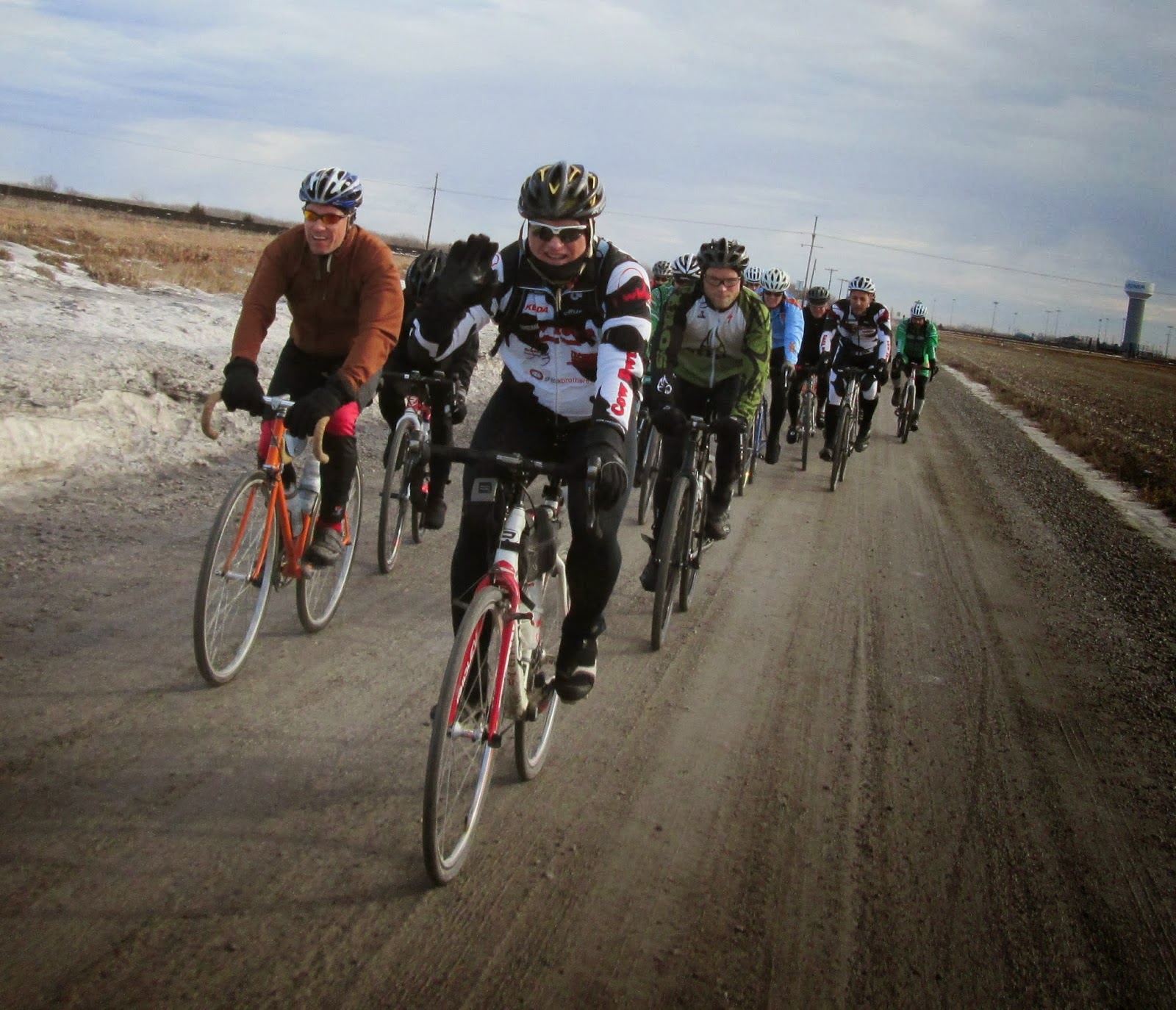 Two routes to pick from.  A 44 mile route which is very simple to follow.  If you are up to the full Spoke Pony challenge then the 57 mile route is for you.   Both course will share roughly the first 29 miles together.  At county road 600 the long route will go right and short route left.  I may reverse the route the day of the ride, based on wind direction and speed.  If we have a strong wind from South we will do route backwards.  Given we are in winter we will most likely have a strong wind from NW and if that is cases we will run the route in normal direction. We can pull into Eudora for a break at 22 miles and pull into Baldwin City if necessary for water.


**Remember, you are responsible for yourself and you ride at your own risk.  You are totally on your own.  There are no rider services.  There is no support. If you choose to participate, you agree to taking full responsibility for what happens to you out on the course.Always follow all traffic laws and rules. Always choose safety first and be prepared.**

Check back for updates
Posted by dirtdobber at 6:17 PM 8 comments: 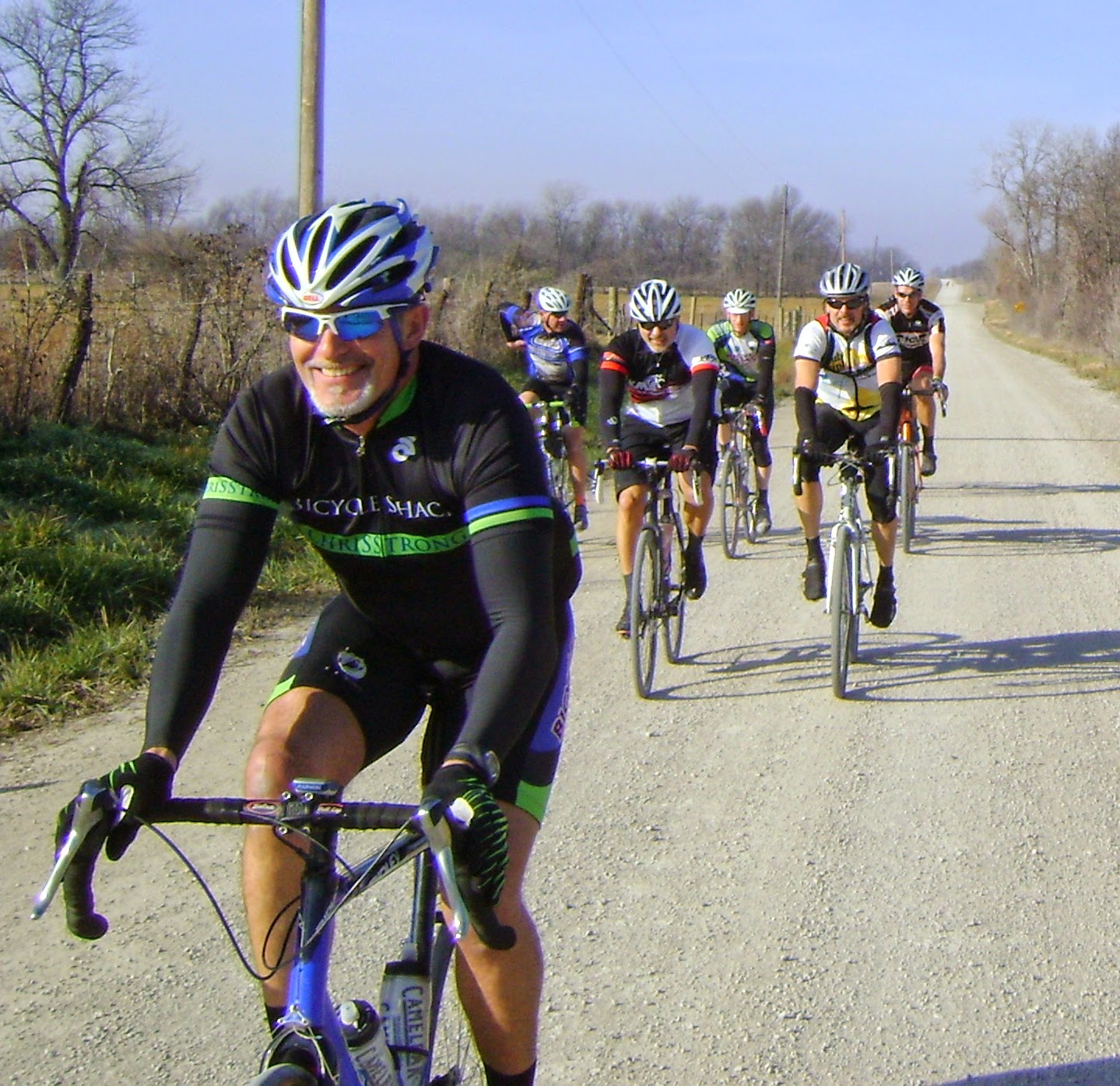 Thursday (tomorrow) morning is our annual Gobbler Grinder.  This year we return down South to Freeman, MO to the stomping grounds of the Dirty Dogs.  They have a nice 31 mile grinder for us then it is off to spend the remainder of the day celebrating Thanksgiving with our families.

Info for the Freeman Gobbler Grinder 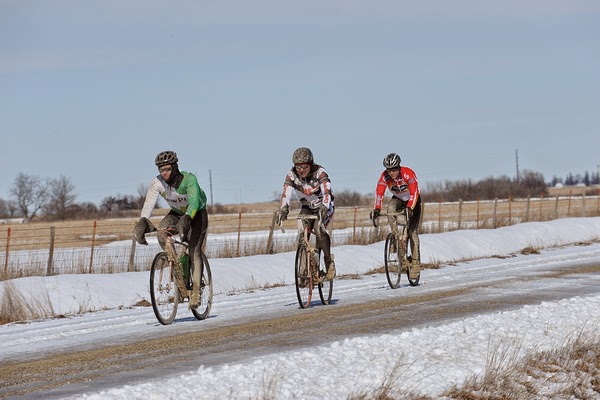 It is time once again for the annual CIRREM race.  If you have never attempted this fun event now is the time get registered.  Registration opens this Friday.  Check out www.cirrem.com  for the registration link and be sure to sign up early.  This event usually sell out in a few hours so put this on your Black Friday 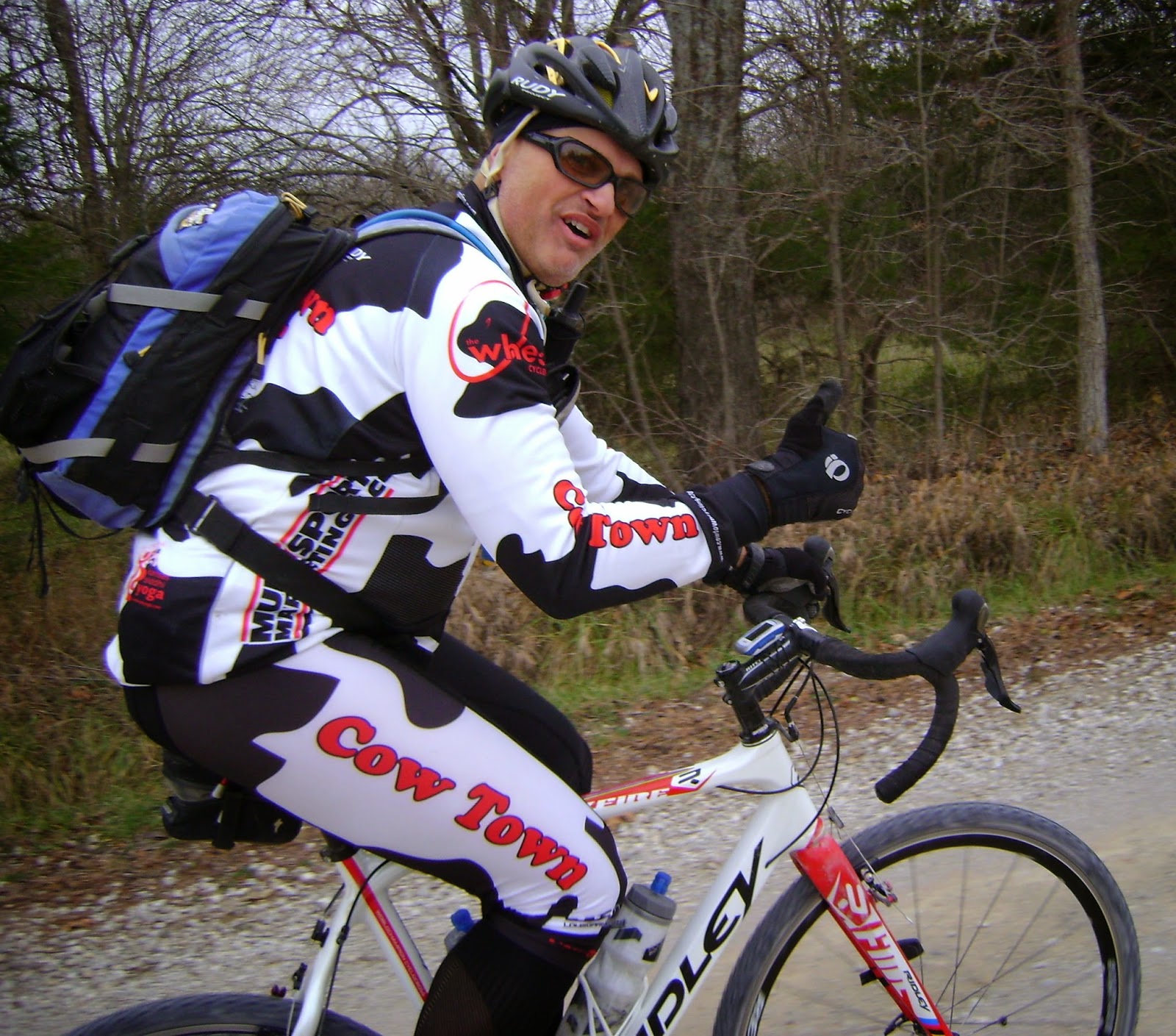 One last bit of news.  Tim Greene is hosting the Spoke Pony Gravel Express on December 6th.  Tim always host some run rides.  Yes they always seem to be windy, but they are fun no the less.

Posted by dirtdobber at 6:02 AM No comments: 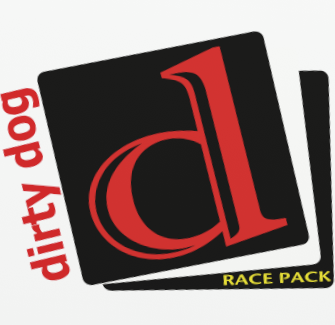 What: 2014 Freeman Turkey Day Gravel Gobbler
When: Thursday, November 27, 2014, 8:00 am
Where: Freeman, MO
Why: Because we all know you will over eat on Turkey day. Time to get on your bike and burn off all those excess calories that will be consumed so no need to pass on that extra piece of Pie.

Our Turkey day ride returns to Freemon, MO for 2014.  Same route as last year but in reverse.  Great scenery and plenty of fresh gravel and country roads to explore.  Come enjoy 31 miles of gravel before your Thanksgiving feast. 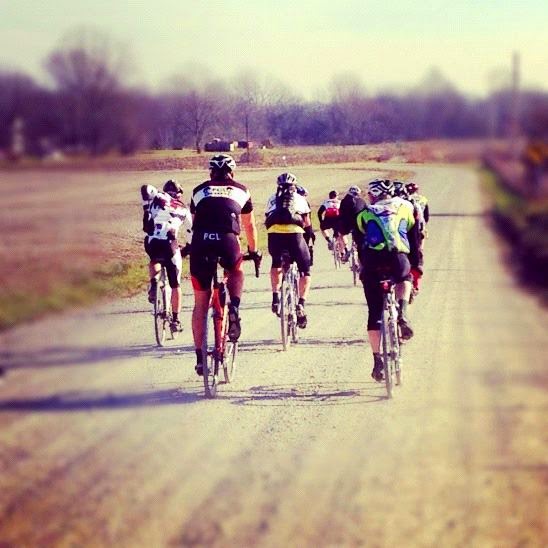 Disclaimer for the Freeman Turkey Day Gravel Grinder:
You are 100% responsible for yourself! You are totally on your own.  There are no rider services.  There is no support. If you choose to participate, you agree to taking full responsibility for what happens to you out on the course.  Please have someone you can call to come get you in the case of emergency, fatigue, inclement weather or bike failure.
Posted by dirtdobber at 5:52 AM No comments:

We were blessed with some great weather last night for the 2014 edition of the Full Moon Monty Gravel Grinder.  The only problem was the cloud cover prevented the full moon from showing and lighting the way for us. 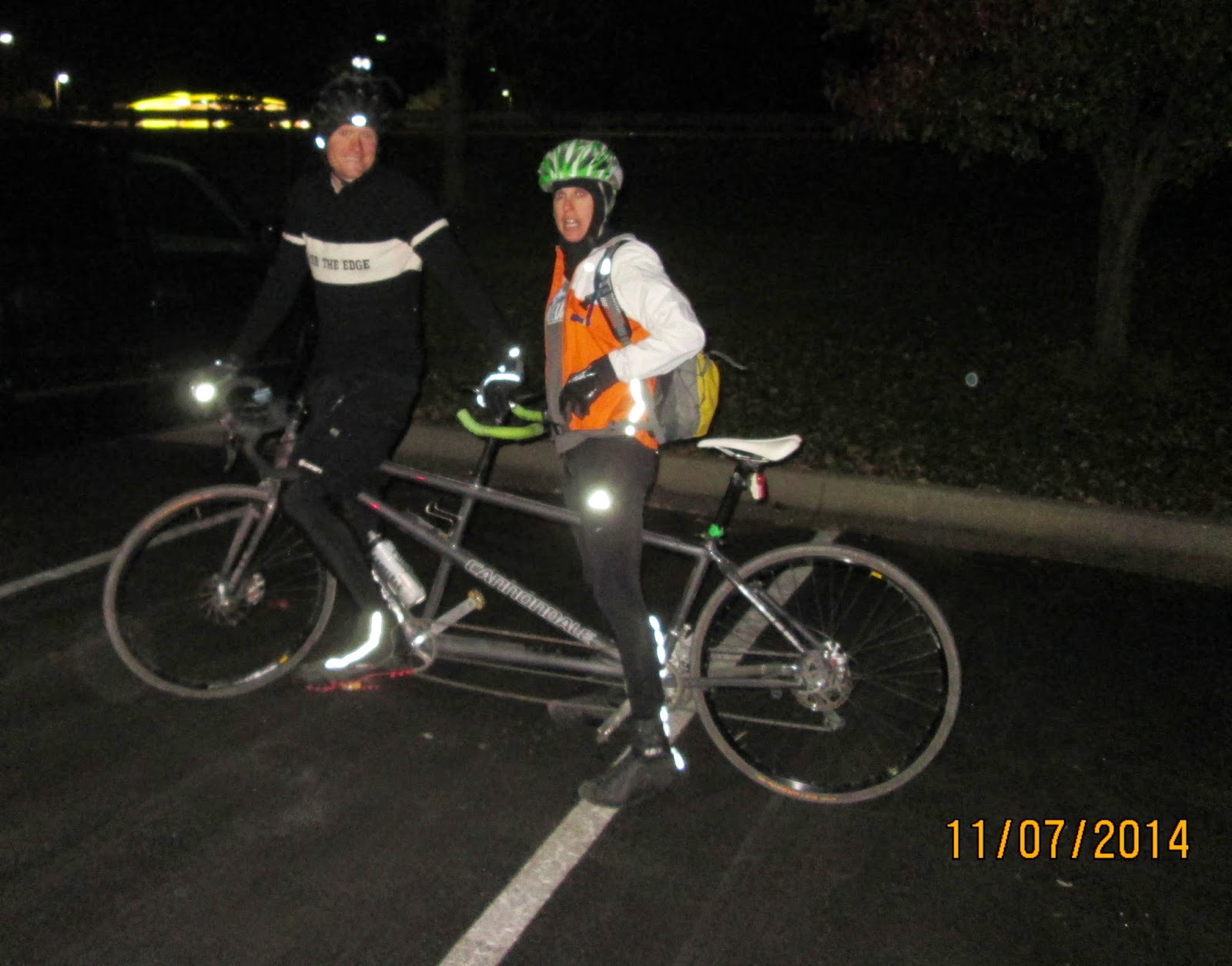 It was good to see a tandem out last night.  The Little Blue Trace Trail is perfect for an enjoyable evening ride with double the horsepower which was especially useful with that headwind on the return trip. 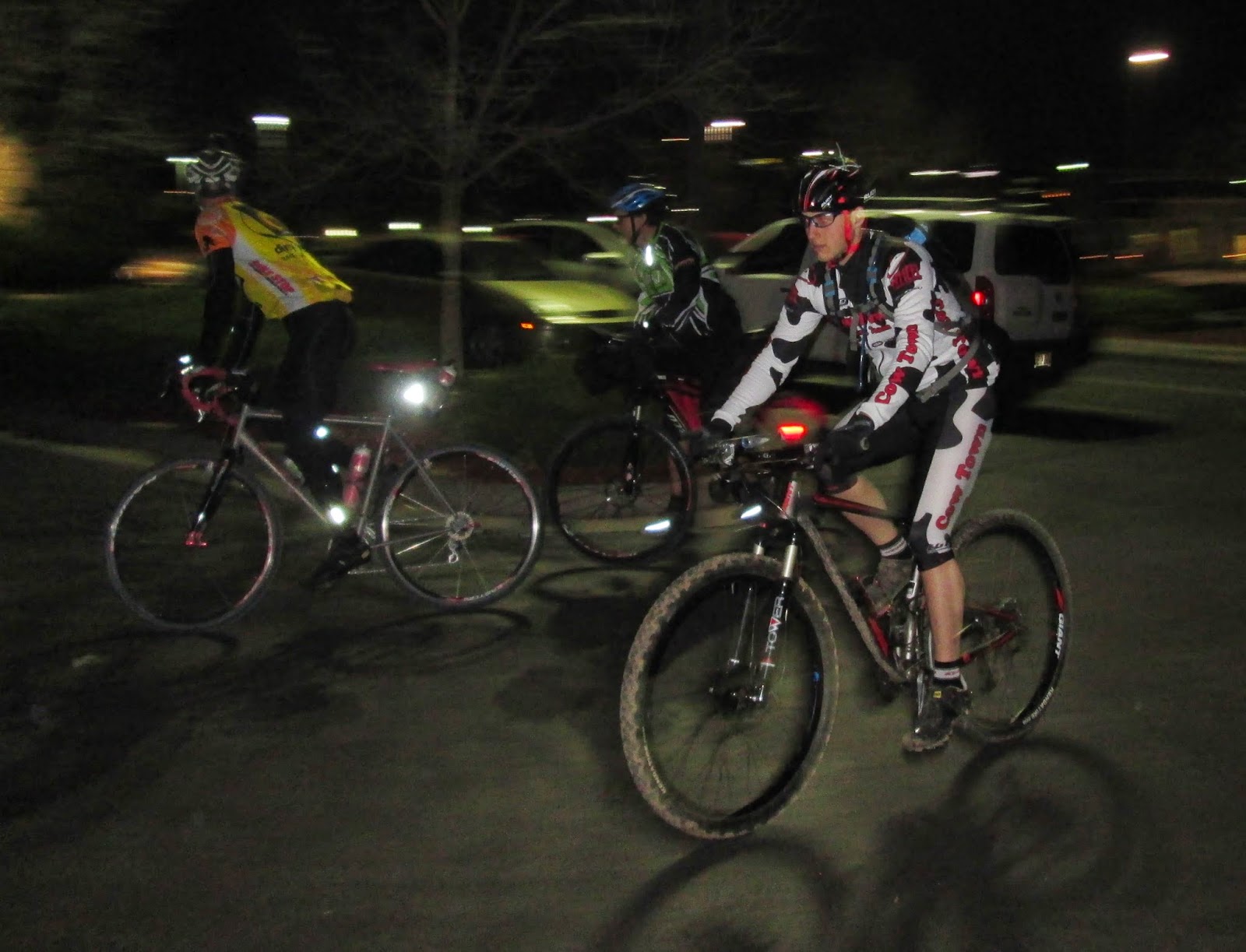 We departed promptly at 6:15 pm on the nights adventure.  For some reason Christopher tried to take a few short cuts - notice Mark Krause.  (Yellow Dirty Dog jersey) riding to the trail entrance while Christopher cuts across.  Later in the evening one of his short cuts got him lost. 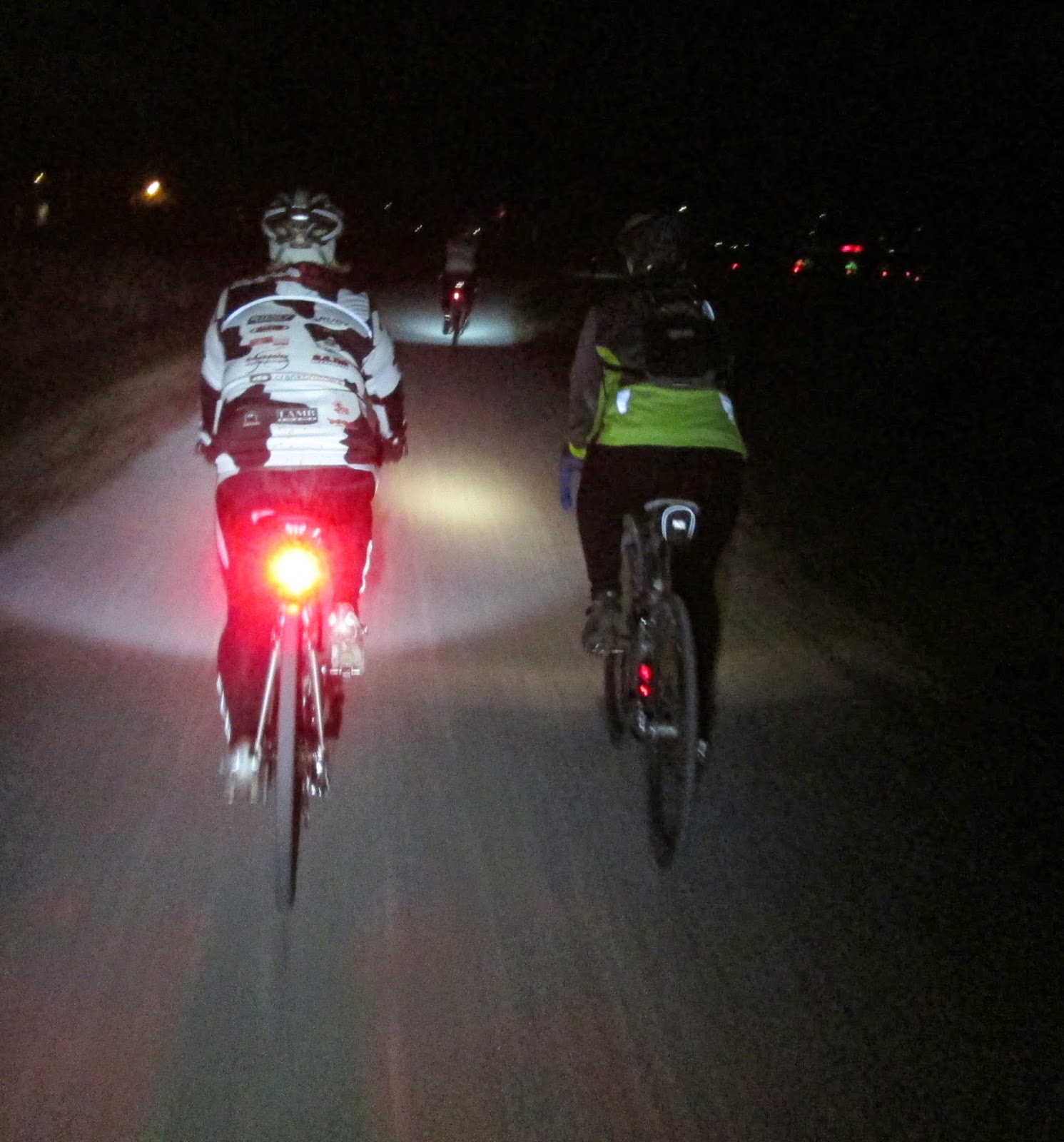 That is one bright tail light. 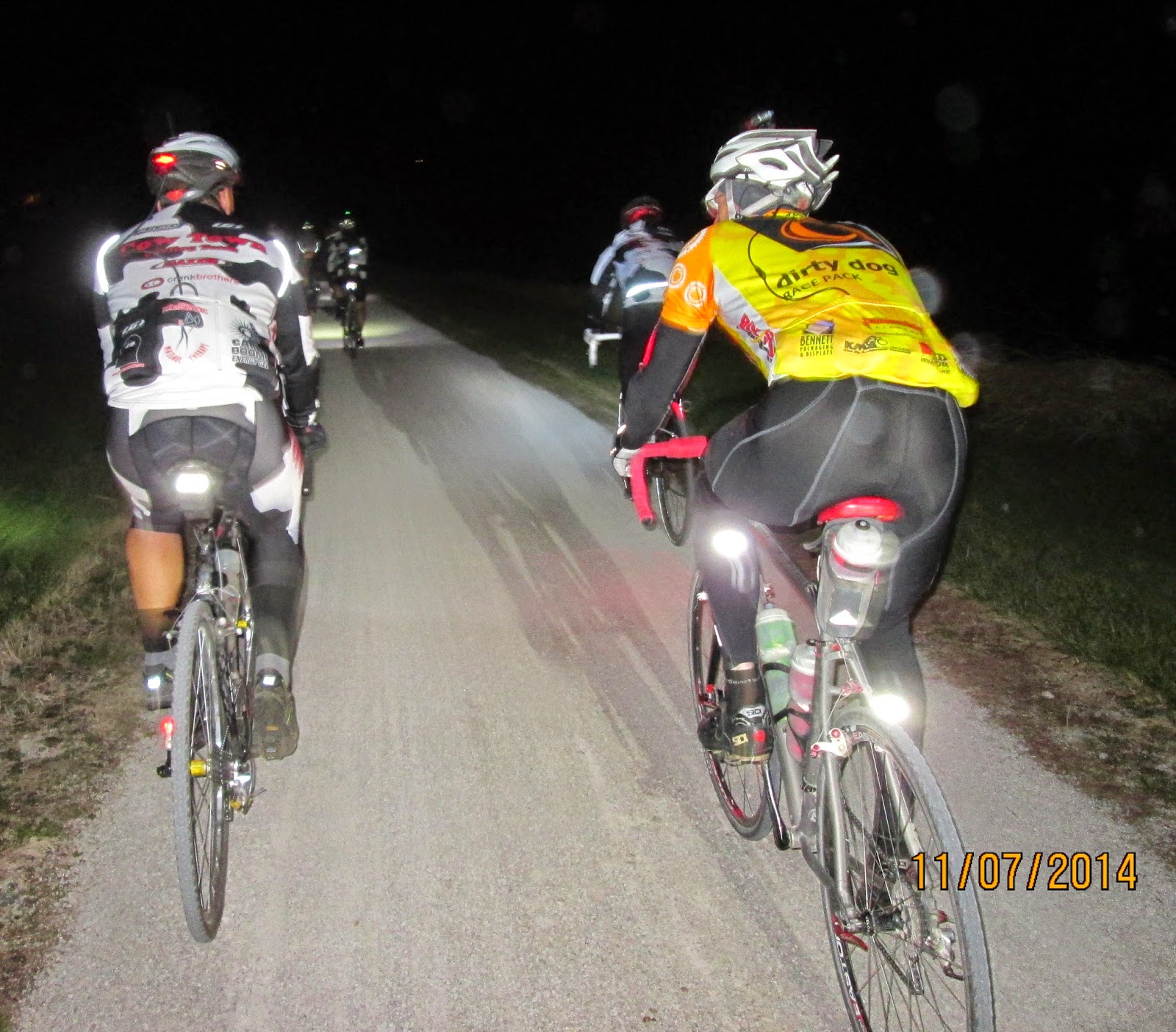 The trail was in great shape for tonight's ride. 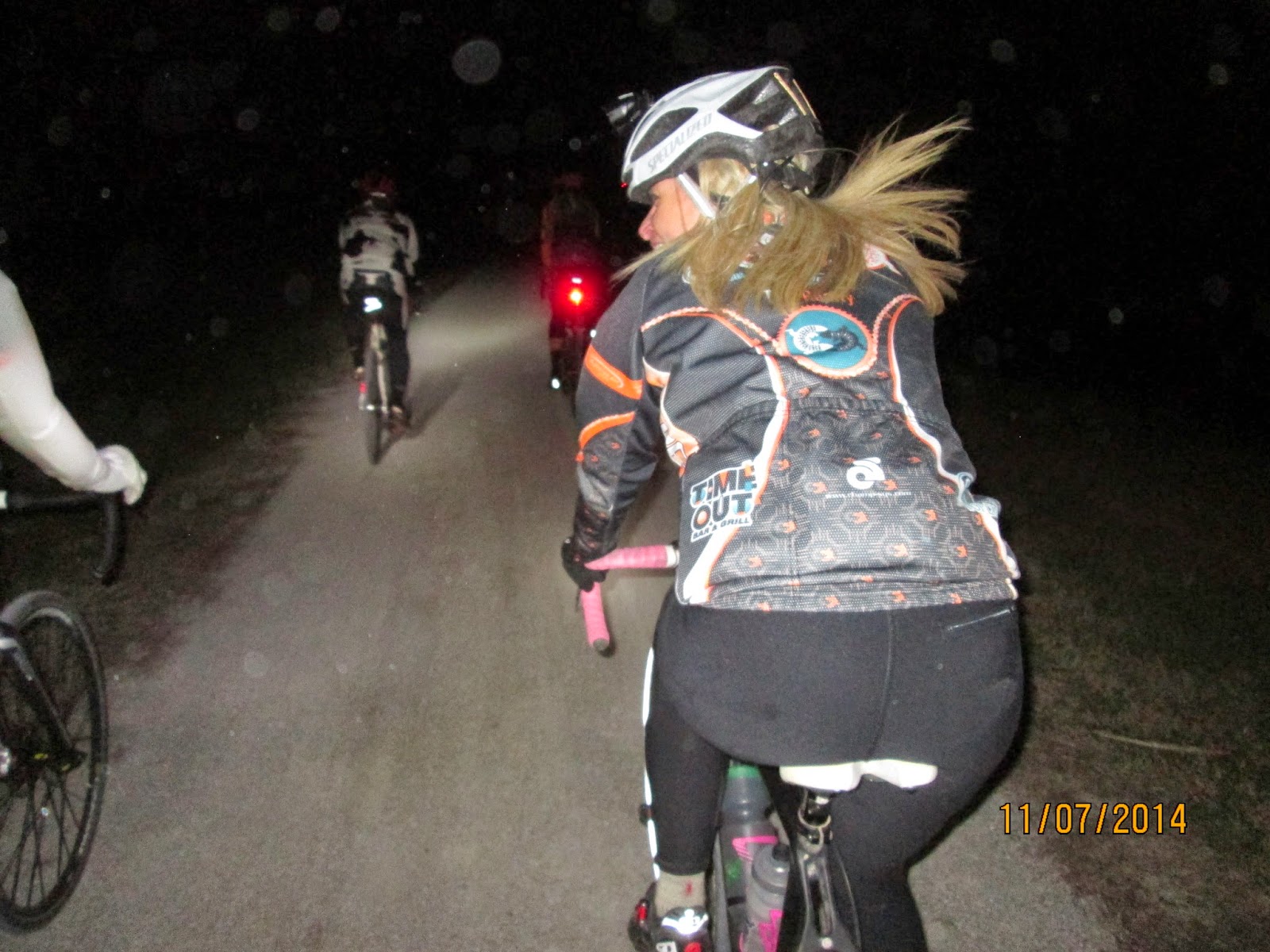 Barbie Miller enjoying the tailwind. We had a contest of who had the longest flowing hair.  She won... 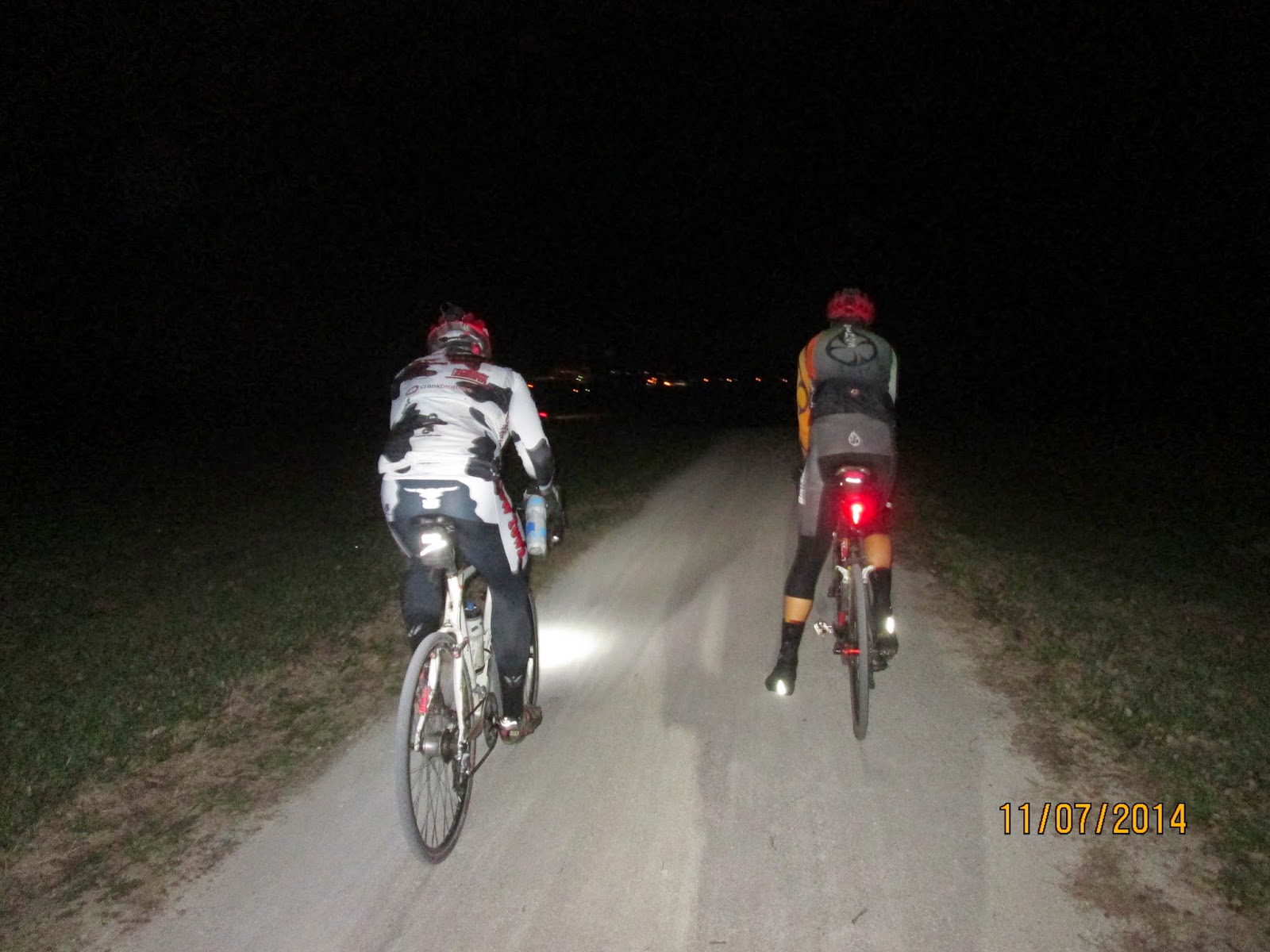 JP was having trouble with his knee.  He injured it at a recent cyclocross race.  Even with one leg he put the hurting on us. 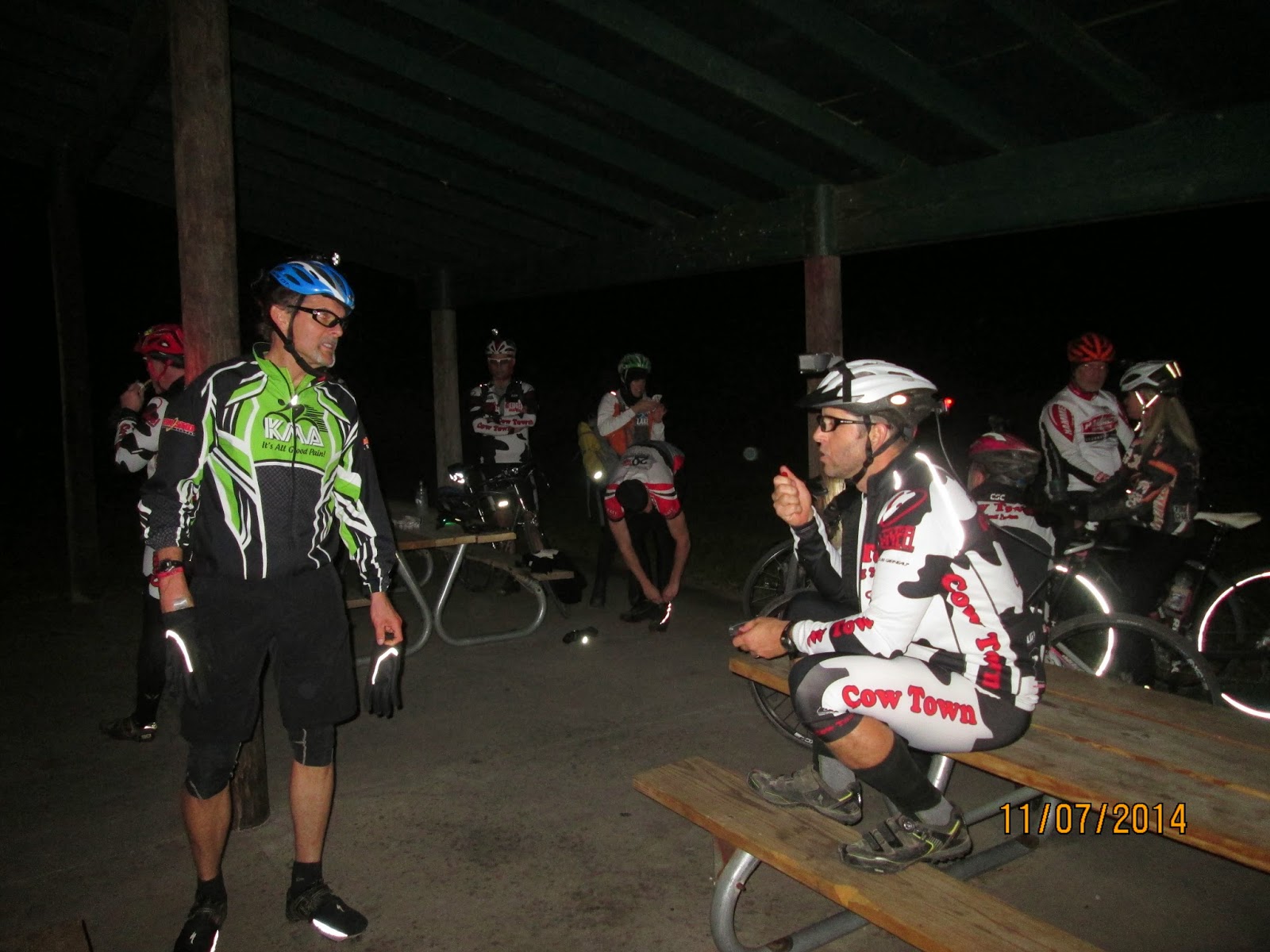 It is always nice to regroup at the far end shelter.  For the Festivus of Nights ride we plan to have some beverages on site for everyone to enjoy. 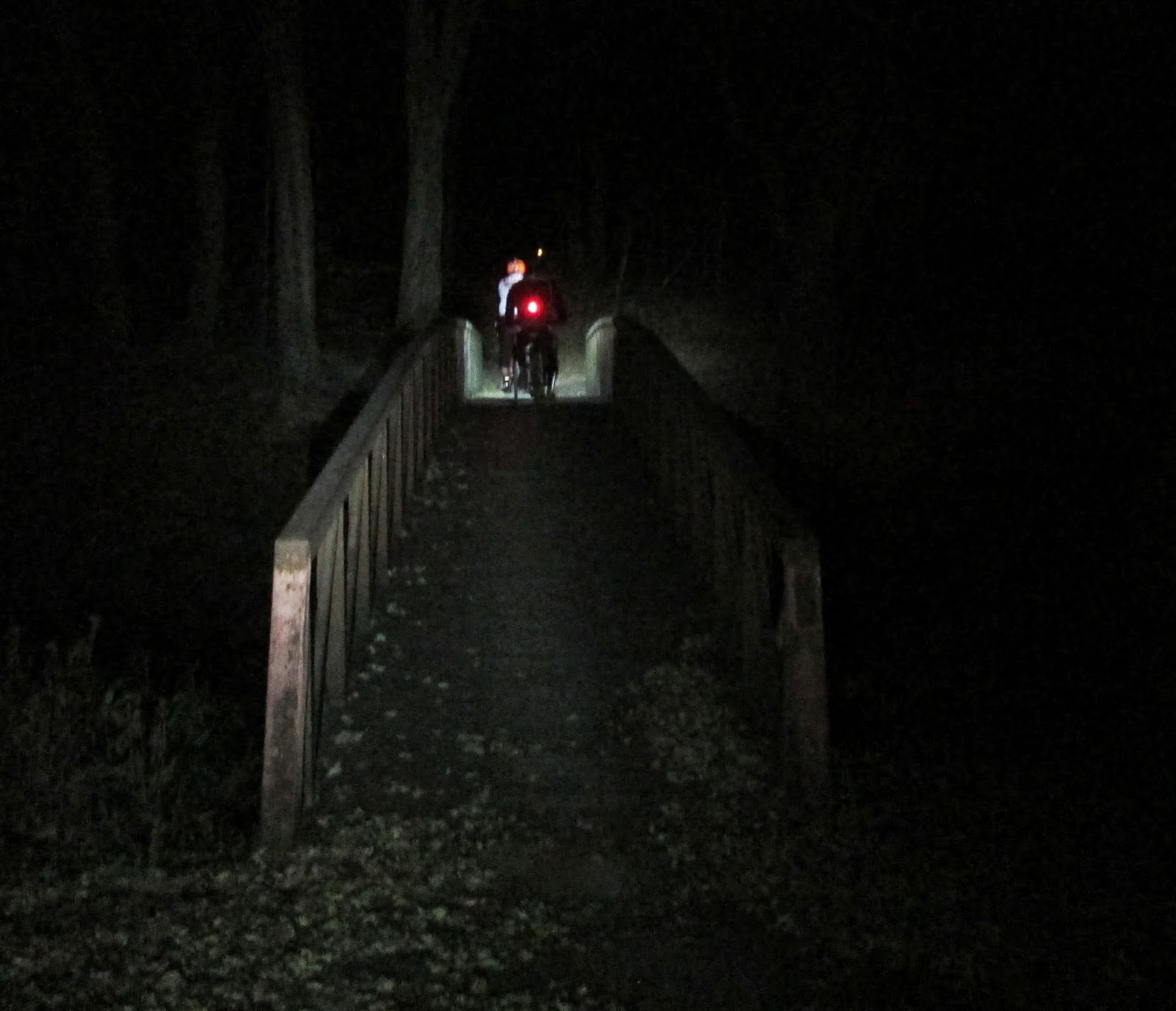 One of the several bridges that we had to cross. 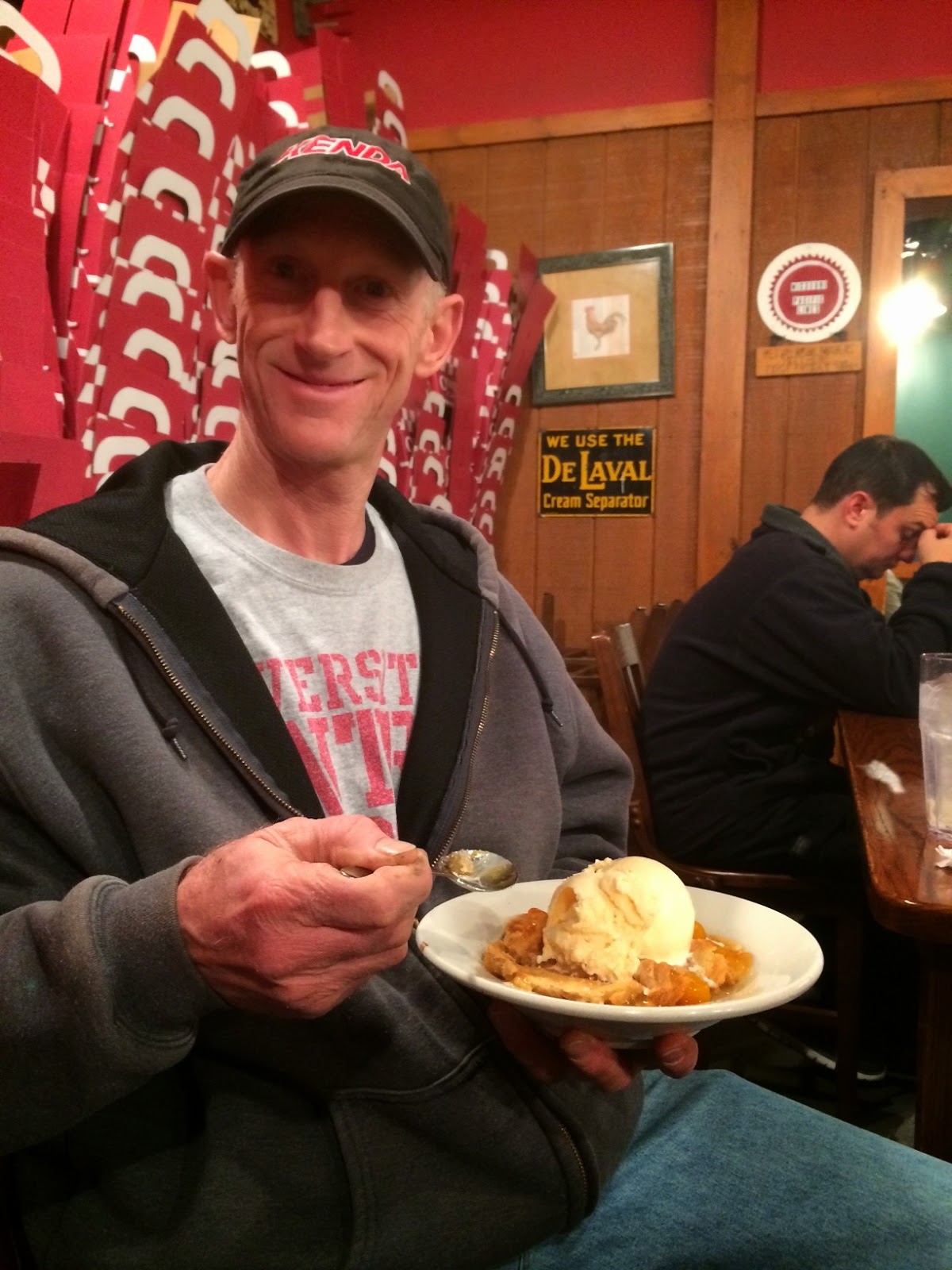 After the ride we enjoyed a nice meal at the Corner Cafe'.  That place has some great pies and ice cream.  Mark enjoyed his.


Posted by dirtdobber at 6:17 AM No comments: 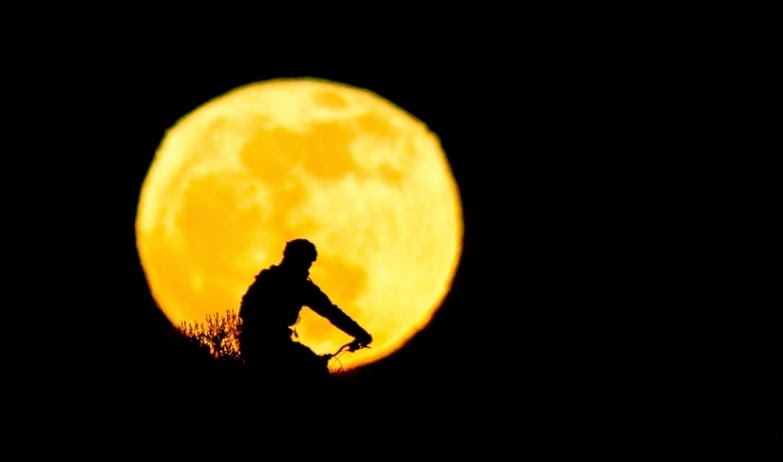 We meet up at 6:00 pm outside the Nature's Pantry.  Access to the Little Blue Trace Trail is available from there.  The route heads North 12 miles to the Blue Mills trailhead.    The weather for tomorrow night is looking great especially for this time of year.  Look for temperatures around 59 degrees when we depart at 6:15 pm.  We suggest you dress for the low 50's/ high 40's.  It can get cold at night.

Next weekend is the El Camino de Santa Fe.  Routes have been added - full and half El Camino routes are available.
Posted by dirtdobber at 12:25 PM No comments: 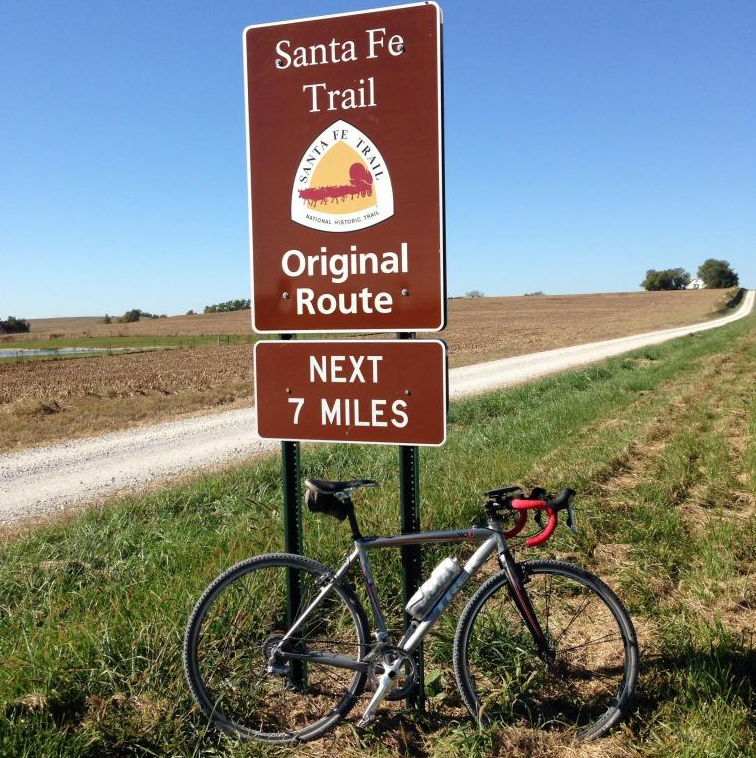 Come join us on a 50 mile tour of Eastern Jackson County and Western Lafayette County. I can't claim that it will be the longest or hilliest or even the graveliest ride you will do this year. It will go past an airplane graveyard, over the scenic Greenton overlook, down the sketchy Devil's Backbone and return on a stretch of the Santa Fe Trail.

Two routes to pick from.   The beginning and end last 7-8 miles of each course will be on asphalt.

Posted by dirtdobber at 7:23 PM No comments: