Today's Paola Gravel 'n' Hills 'n' Trail could have been called Mud 'n' Fog 'n' yea Hills. Despite the less than ideal conditions a dozen riders showed up to partake. One ride can as far away as 2 hours to "get in some riding" Many rural roads are still covered in snow/ice and not safe to ride.

Upon arriving at Wallace Park we were pleasantly surprised that a dozen liked mined riders were just as crazy as us. A good turnout and a great bunch of guys enjoyed the afternoon following Randy's ride throughout Paola and surrounding areas. 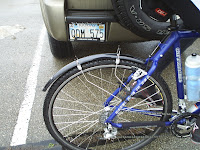 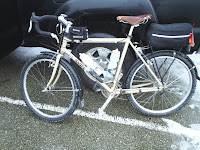 Finders were the opimal equipment choice for the day. Only Randy Rasa and Tige Lamb had sense enough to bring them. Everyone else left there at home including me. I actually had them in my hand but did not thing I would really need them. That shows you how much I know. 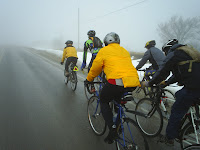 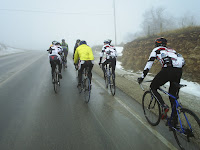 Randy led us out of Paola into dense fog and onto the awaiting gravel roads. Oh, did I say gravel. I ment muddy roads :-) 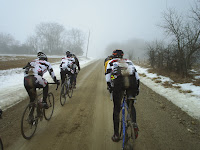 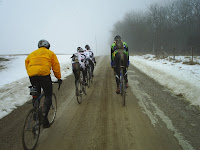 More pictures of our muddy little gravel grinder can be found HERE.