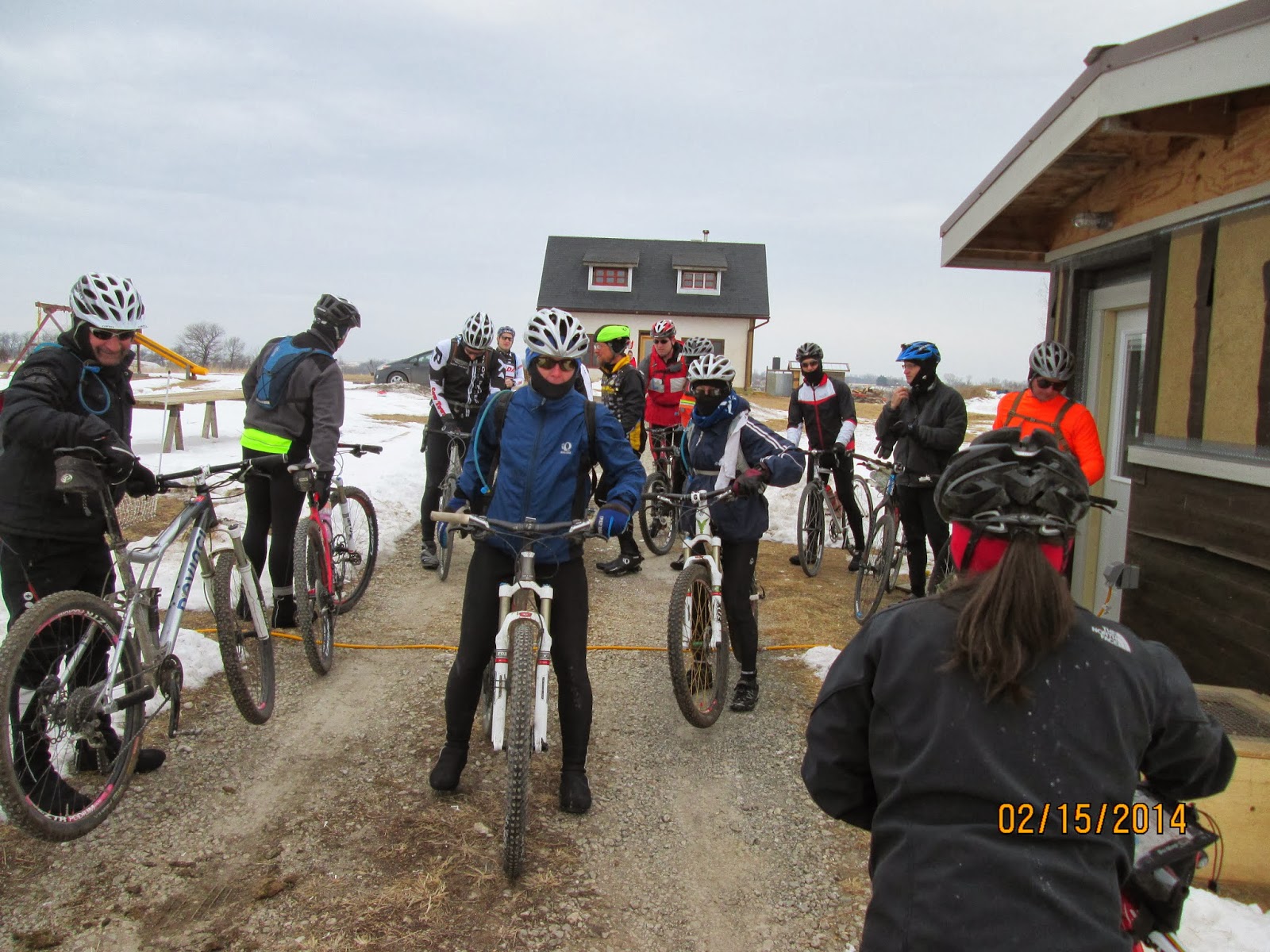 The 1st Annual Sweetlove Gravel Grinder or "Strada Grigio" was a great success.  Despite snow covered landscapes and some bitter cold temperatures for riding 25 hardy gravel grinder souls showed up at the Sweetlove Farms in Oskaloosa, KS for a little adventure.  Host Phil Holman-Hebert has some plans on making this event into big race.  The surrounding roads make for an ideal location and offer some of the most challenging climbs around.

We depart Sweetlove Farms and join the course.  We had two options today.  Short course of 31 miles and a Long course of 59 miles. There was also an option for a Medium course of 45 miles which was very popular.  All fun and challenging. 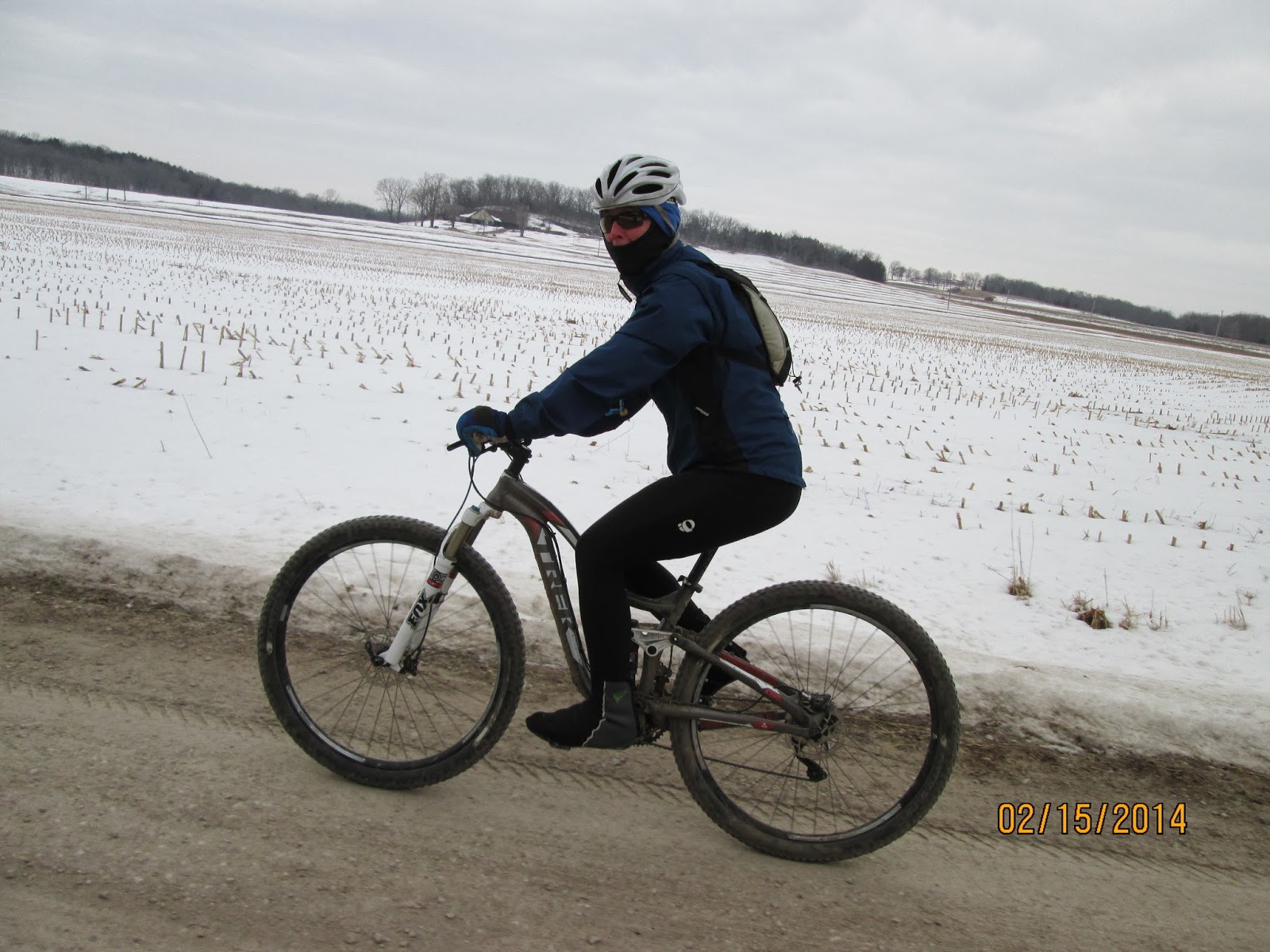 The start was set at 10:00 a.m. to allow a little extra time to warm up.  Mother nature appears to have no clock because it was darn cold at the start. 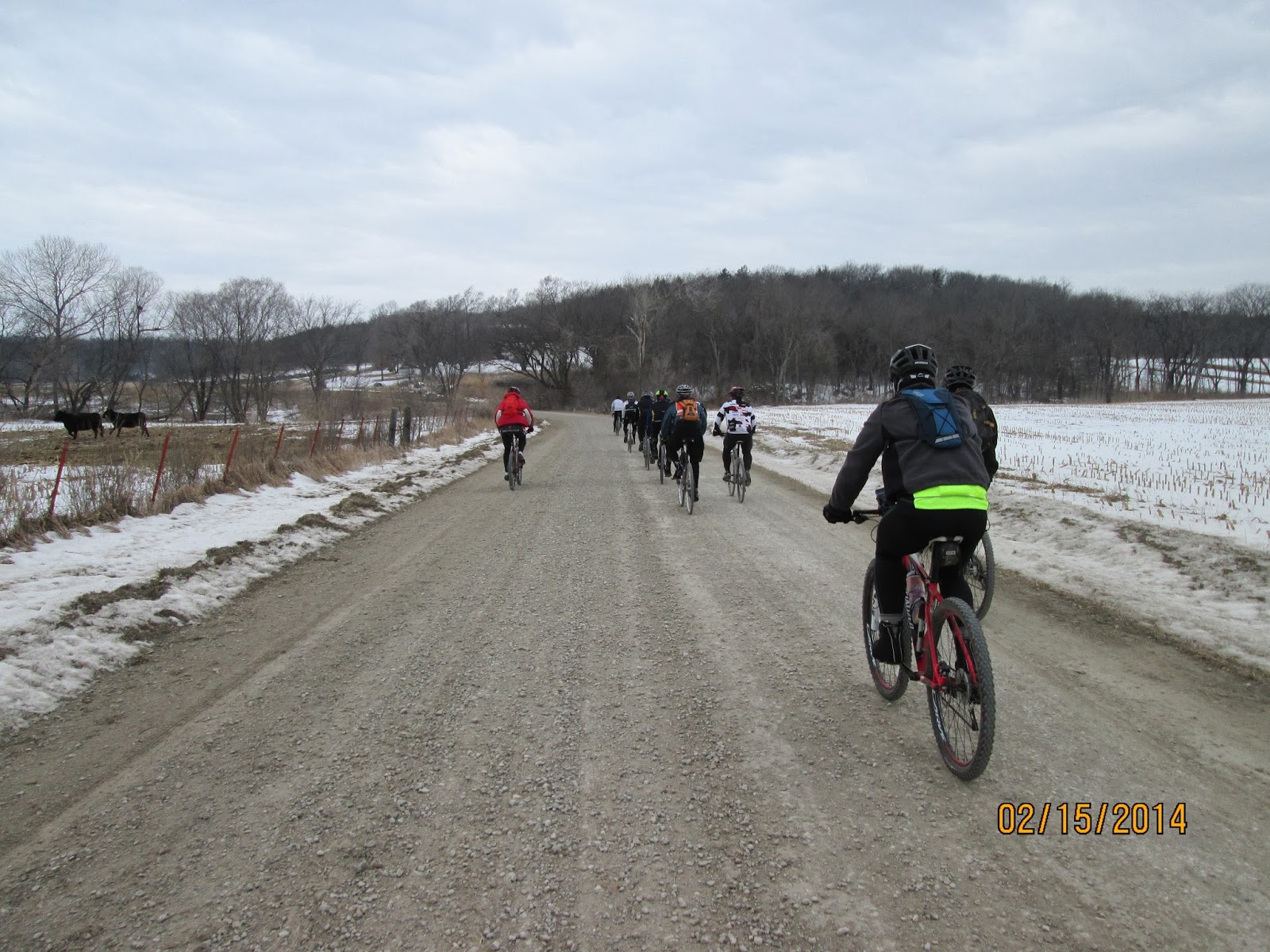 The roads were in great condition.  Many thought that there would be mud but conditions were ideal for riding.  Some sections were even dusty. 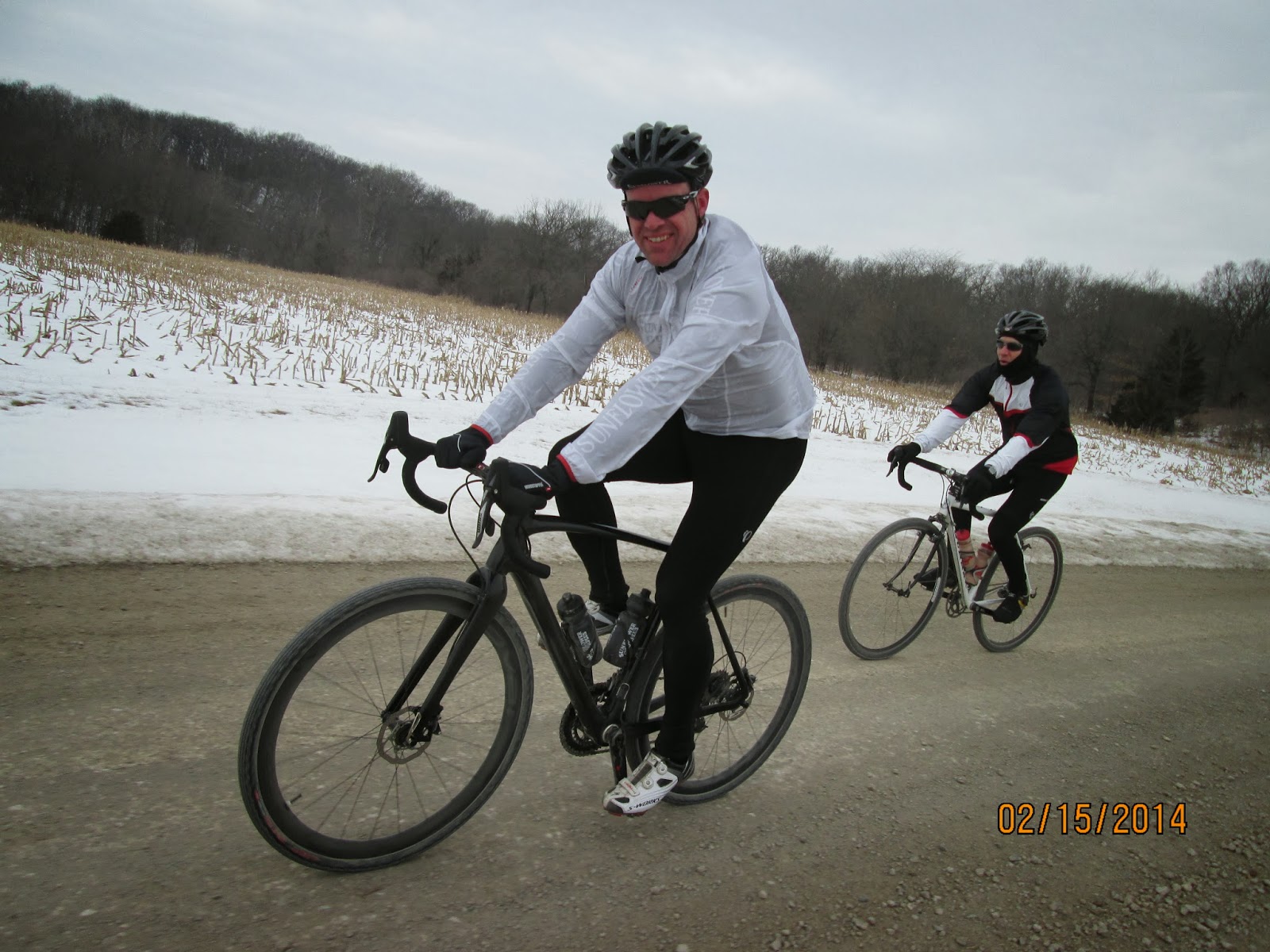 It was great to see Dan Hughes out again.  Dan is a 4 time winner of the Dirty Kanza 200.  I know why after today.  It was hard for many just to load up their bikes this morning and venture out for our ride.  Dan shows up by actually riding from his Lawrence home.  After the ride I offered to drive him home.  He declined saying he needed the miles.  My money is on Dan to become a 5 time winner. 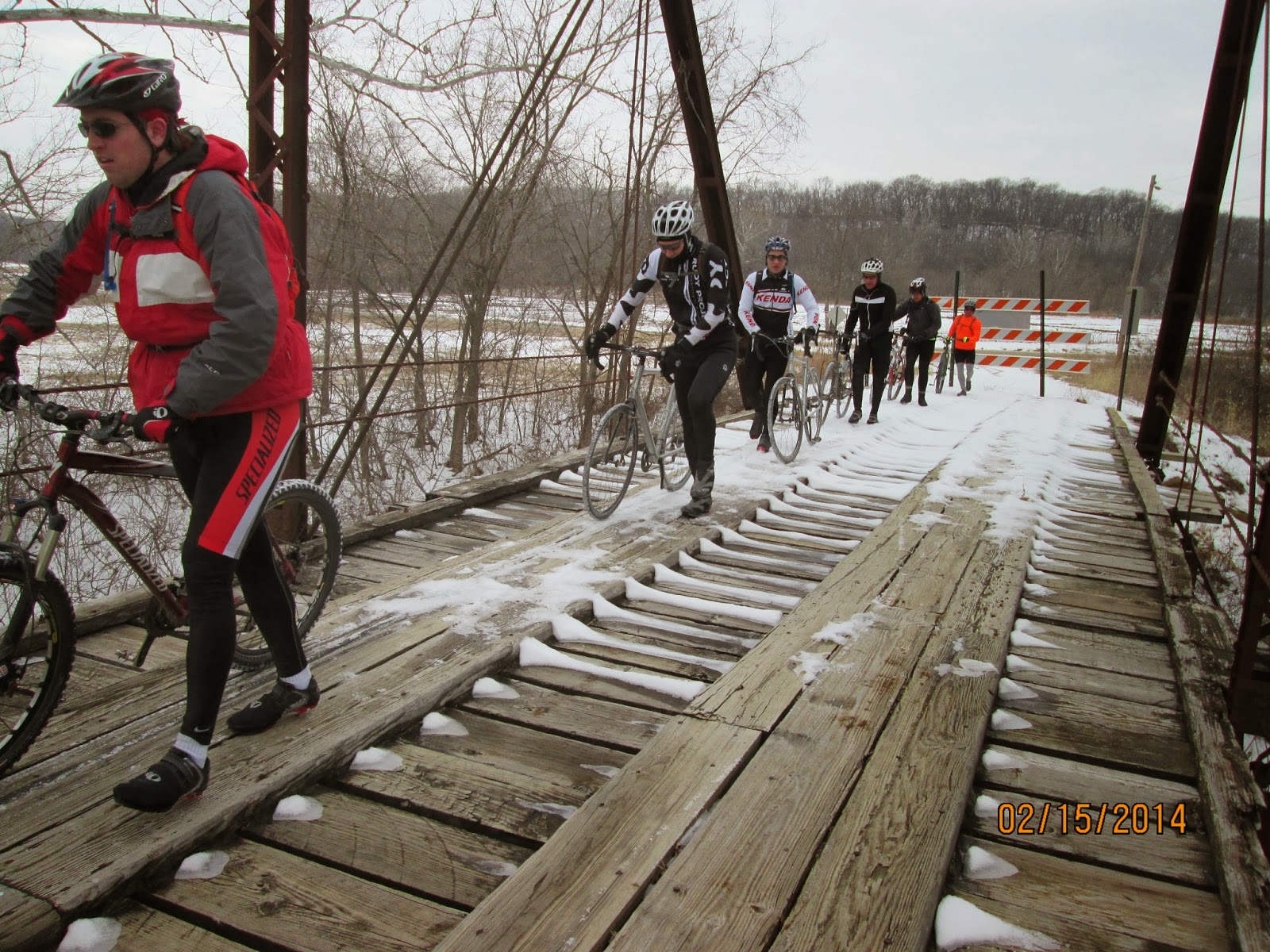 Just ignore the "Bridge Out" sign.  Phil informed us that part of the route went over a bridge that was closed.  As a Gravel Grinder you learn to ignore signs :-) 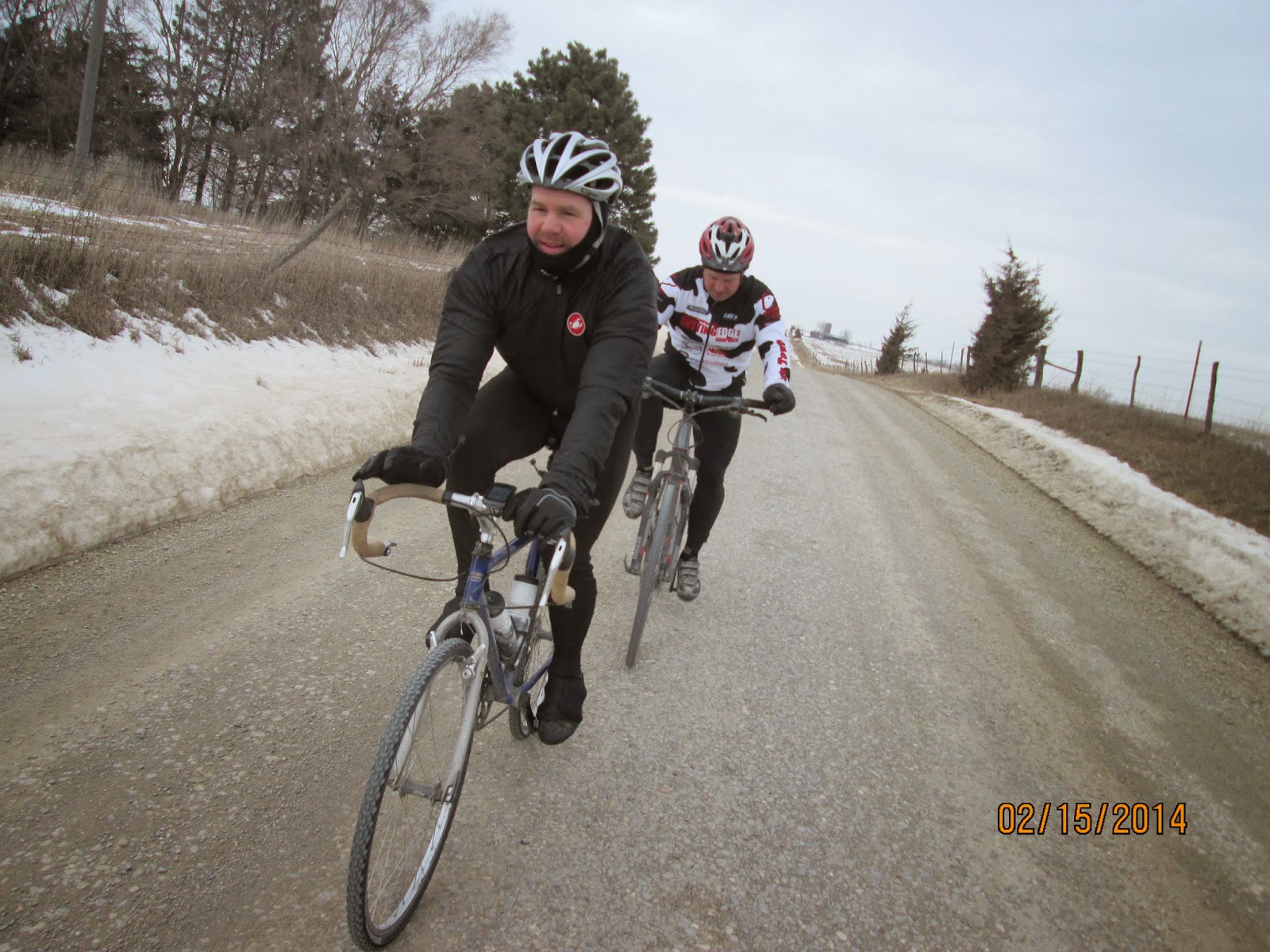 Phil rocking the short course.  Gerard follows closely using his past track skills to hide from the wind.  Later in the ride Gerard would suffer a flat tire. One of several on the day.  Maybe time to go tubeless? 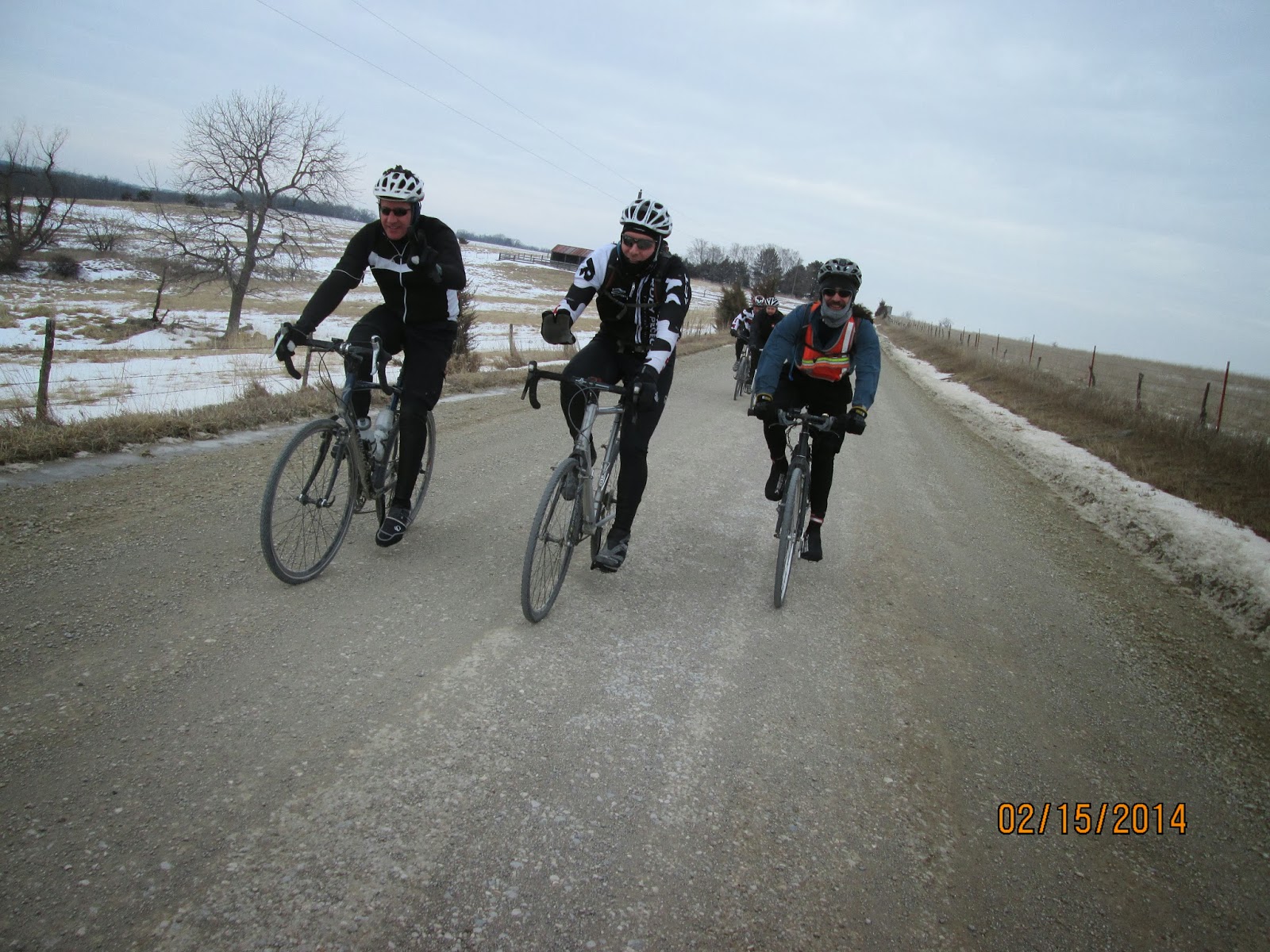 As usual with hilly and windy rides several  small groups formed on the day.  Scott, Jeff and Rod led the way. 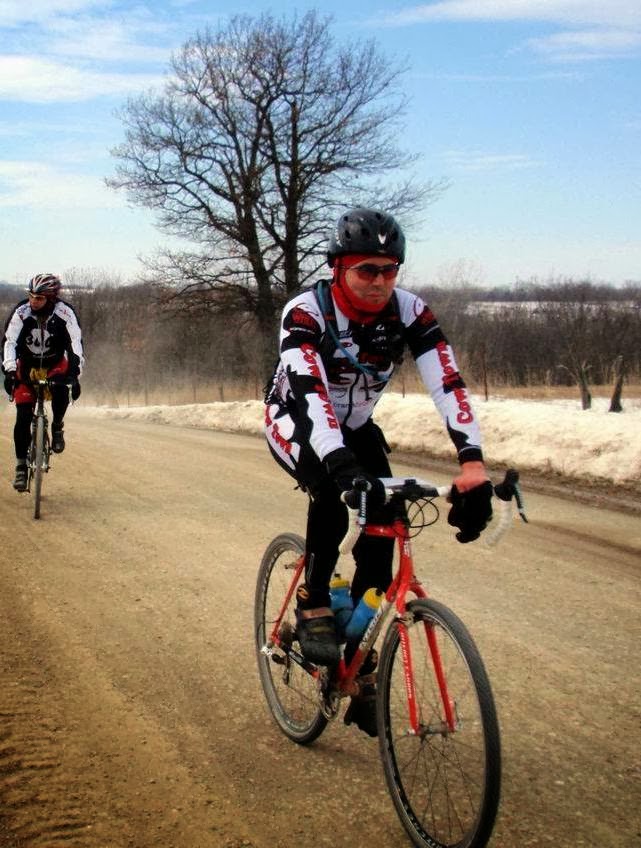 Finally someone took a picture of Guru.  Thank you Scott!.  It was good to ride with Lyle Riedy.  Always fun to talk about past events and just life in general. 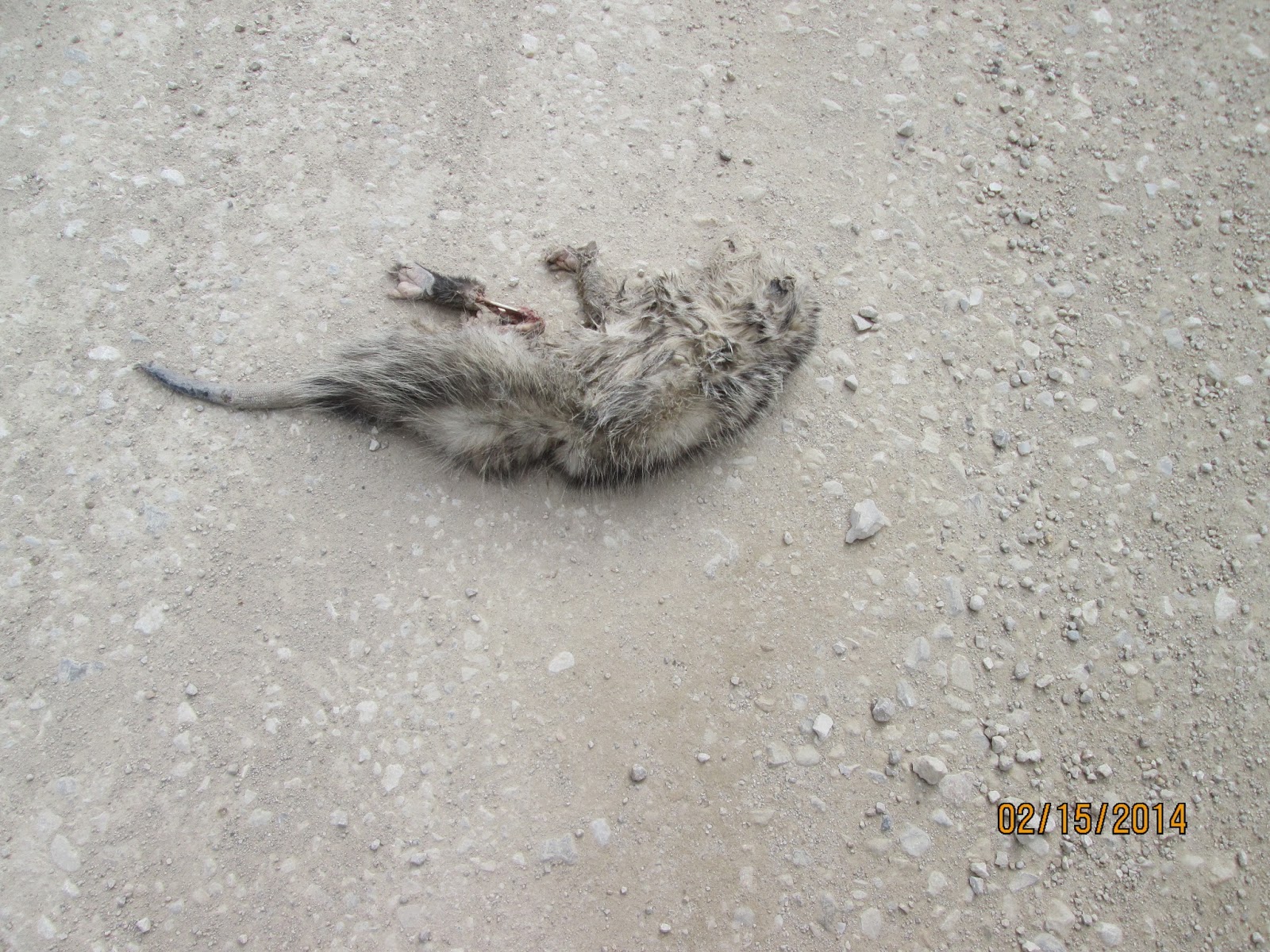 By the end of the ride many had tired legs and felt like this poor critter.

Posted by dirtdobber at 8:27 AM